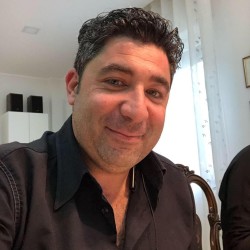 The skyline that characterizes this charming town is highlighted by jagged coasts overlooking the sea, inlets, small coves and caves that make Praiano one of the most beautiful cities of the Amalfi Coast.

Situated between Positano and Conca dei Marini, Praiano It is a suggestive town of the Amalfi Coast a bit hidden to the limelight lights that characterized the sisters Amalfi and Positano up to a few years ago. From ancient fishing village which was, in fact the name of the city derives from Pelagianum (from Latin: open sea) that with time became plagianum and finally Praiano, a tourist destination that enchants for its views opened on the coast. Since the period of the marine republics, Praiano was a very tourist destination coveted by the Dogi of Amalfi Republic that here they loved to spend their summer holidays.

Initially the pivot of the city life was right along the coast while with the years the city has undergone the changes that have taken it to having two core, the casale di Vettica Maggiore in the waterfront and the casale di Praiano which stood over the promontory. These two core preserved the working activities of the town clearly delining the edges: while at the bottom, along the coastline, they were dedicated to fishing, in the upper part they were mainly peasants and artisans. Currently the Praiano downtown It’s located right in the upper part of the city, above a promontory that gives a stunning view ranging Amalfi’s Coast up to the Capri island and Cilento coast.

During the Middle Ages, in the Angevin age, Praiano obtained the title of "Universitas" (from "Universi Cives", that is union of all citizens) an appellation that was conferred to the cities that enjoyed autonomy and privileges. Economic life has been based for a long time on trade in agricultural and fish products, developing even the artisan workshops , which made the process of the braided wire (the retine for the hair widely used by the women of the time), of the lace.

What to see in Praiano

Decide to choose Praiano like a destination for your next holidays is definitely a perfect choice for those who want to spend a peaceful stay in a town surrounded by an extraordinary natural landscape in perfect harmony with the rest of the Amalfi coast. As in Positano, even Praiano has a center characterized by the presence of small ways and staircases Which allow you to discover the whole country through a tiring "get on and off" but repaid by an incredible view.

Walking along the small ways and getting lost is almost a must: only doing so you can find corners of cities that offer breathtaking views. The conformation of the city, divided on the two sides of a slope that descends to the sea and the lack of comfortable roads have succeeded over the years to save the charm and typicality of this town that is not known and inflated as other locations on the coast. I tried to collect the main places to see in Praiano, here is a summary:

Whether in the highest part and in the lower part of the city there are a fortnight between churches and chapels. In downtown Praiano, in particular, not far from the town hall is located the Church of San Luca Evangelista raised in 1588 where before there was a sanctuary dating back to 1123. The church was almost completely restored in 1772 and now comes with a white façade flanked by a three-story bell tower. The interior is spread over three naves with six chapels for part and a precious floor in majolica. Outside, a large slarg will make you lose your head for the view that offers us.

The Parish Church of Vettica Maggiore, dedicated to San Gennaro, dates back to 1589 and was built in the place where a previous church stood, also dedicated to San Gennaro. The current religious building has a Latin cross plant with three naves and has a beautiful one oval and majolica dome with polychrome dowels. The interior is really sumptuous with altars and pictorial works of great value made by artists such as Gianbattista Lama.

Walking in Praiano you will notice the presence of numerous antique votive newsstands adorned by majolica or frescoes. It is said that these small colored temples made since the 1700s, as a testimony of the religiosity of the inhabitants, are more than thirty along the streets of the city.

Originally the newsstands were placed in places considered sacred, where perhaps before there was a church or where a particular event had occurred. Many years ago inside the newsstands it was customary to light the lights that had not only a religious meaning, but which also served as a system to illuminate the streets of the city.

Suppraiano’s Grottoes which are a spectacular natural anter. Reachable only by sea, the caves have within them of the particular stalactites and conquer visitors thanks to the games of light and reflections that create with sea waters.

Beaches in Praiano and surroundings

Not far from the center of Vettica Maggiore towards the sea is the Cala della Gavitella Having hosts the homonymous beach. The location of the Cala, which grants a great view of Positano, Capri and the Archipelago Li Galli, makes it unique beach of the Amalfi Coast sun-kissed until sunset. The beach here is composed of small pebbles and water has an emerald green color. The area sees the presence of a factory, the Gavitella, which in addition to providing sunbeds and umbrellas also runs a bar and a restaurant that are also open in the evening.

To reach Cala della Gavitella you need to run a long staircase which has more than 400 steps and which starts from Piazza San Gennaro in Praiano.

The landscape you can admire during this path is truly unique.

In this cove there is also the Altar Fountain, a special natural bathtub obtained from the angle of a cave. From this creek then you can only reach by sea the small Praia beach , which is a real pristine paradise angle.

Considered one of the most suggestive area of the Amalfi Coast, Marina di Praia It is a cobblestone beach set among the rocks of a cliff. The beach is dominated from above from the presence of the ancient Torre a Mare, a Saracen sighting tower characterized by a beautiful itinerary that develops all around with one of the most romantic and most suggestive routes throughout the coast.

The beach is easily accessible by car since it is located along the SS163 road or by public transport both from Praiano and from the other cities of the coast. From the beach of Marina di Praia you can also reach one of the most fashionable rooms in the whole coast: the well-known Africana Night Club which develops within natural caves just 10 meters above sea level. The Africana club, thanks to the exclusive environment of her, welcomed numerous VIPs and illustrious characters like Jaqueline Kennedy during her holidays on the coast in 1962.